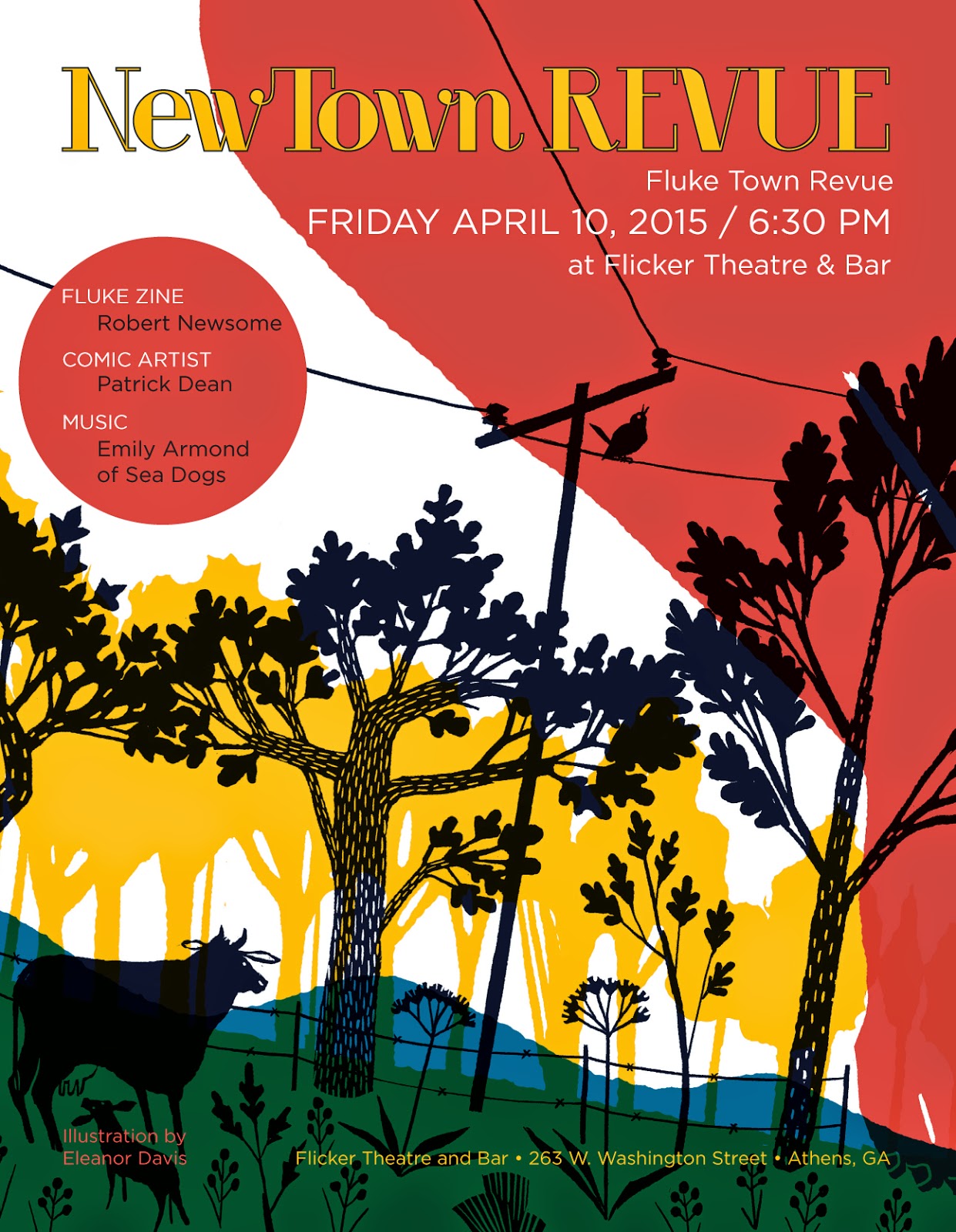 Hey, y’all! FLUKE organizers Robert Newsome and Patrick Dean will do some readings from their zines and comics the night before FLUKE!
https://newtownrevue.wordpress.com/2015/03/31/fluke-town-revue-april-10th-flicker-bar/
Friday, April 10th at 6:30 p.m. we are stoked to announce a special Fluke Town Revue, which will be held in conjunction with the Fluke Mini-Comics and Zine Festival.  Location change to Flicker Theatre and Bar.  Robert Newsome and Patrick Dean are our readers. Emily Armond of Sea of Dogs is our musician.
Emily Armond is the brains and voice behind local folk band Sea of Dogs. She spends the rest of her time running, teaching the children, and sitting on the dogs and cats of Athens.
Robert Newsome is the editor of fanzine the Atomic Elbow and one of the co-organizers of Fluke.
Patrick Dean was born in Rome, Georgia, and relocated to Athens to attend the University of Georgia. His comics and illustrations appeared weekly in Athens’Flagpole Magazine for a decade and have been published in Legal Action Comics, Typhon,The Comic Eye, Vice Magazine, and The Oxford American Magazine. He lives with his wife, two kids, a cat, and a dog that acts like a cat.
Thanks as always to Beth Thrasher for our flyer.  Big thanks to Eleanor Davis for co-booking, and for our illustration.